What eventually proved to be Turkey’s first of two general elections in 2015 took place on 7th June. At stake were the 550 seats of the Grand National Assembly. It was the twenty-fourth general election in the history of the Turkish Republic. Amid speculation that no party would win enough seats to govern alone, the result created the first hung parliament since the 1999 general election.

The Justice and Development Party  (AKP), which has governed Turkey since the 2002 election, lost its majority, but remained the largest party in the assembly with 258 seats and 40.9% of the vote. The AKP failed to win the 330 seats it needed to submit constitutional changes to a referendum and fell well short of President Erdogan’s personal target of 400 MPs. The Republican People’s Party (CHP) also fared worse than in the previous, 2011, general election winning 132 seats with 25.0% of the vote. Having been projected to win over many disaffected AKP supporters, the Nationalist Movement Party  (MHP) improved on its 2011 performance by winning 80 seats with 16.3% of the vote. The new People’s Democratic Party (HDP), whose candidates had contested past elections as independents in order to bypass the 10% election threshold, fought the election as a party despite concerns that it might fall below the threshold and lose all its parliamentary representation. The HDP fared better than expected by winning 80 seats, the same as the MHP, with 13.1% of the vote. The indecisive result raised the prospect of an early snap general election.

Campaigning before the election focused mainly on the declining economy, the on-going Solution Process between the government and Kurdish rebels, the on-going political conflict with the Gulenist Movement and Turkish involvement (or, until July 2015 at least, the apparent lack of involvement) in the Syrian civil war. Allegations of government corruption and authoritarianism, mainly originating from a 2013 scandal and the 2013 Gezi Park protests respectively, were also issues raised during the opposition campaigns. The vote was seen by some people as a referendum on Erdogan’s call for an executive presidency.

Accusations of electoral fraud and political violence also caused controversy during the election process. Candidates, activists, offices and motor vehicles were subject to politically motivated acts of violence and vandalism, culminating in the death of five HDP supporters after two bombs exploded during a rally in Diyarbakir on 5th June. The interference of Erdogan, who was accused of covertly campaigning for the AKP under the guise of “public opening” rallies, was also controversial because the president is constitutionally required to exercise political neutrality. Despite fraud claims dating back to the hugely controversial 2014 local elections and numerous claims of misconduct in many provinces on polling day, the election was largely praised by the OSCE for being carefully organised, and was declared free and fair by the European Parliament.

The uplifting article below (sadly, the next post will reveal that the optimism was misplaced) appeared recently in “The Guardian” newspaper along with a photo saying that Feleknas Uca could be the first HDP member of parliament from the Yazidi community. Feleknas Uca is a woman:

The election result brought forth an embryonic new Turkey, but not the one the president wanted. It produced what is tantamount to a cultural revolution in Turkish political life. Women will pour (?!?) into parliament in Ankara in unprecedented numbers, 98 up from 79. Openly gay candidates won seats for the HDP. Most of all, the long-repressed Kurdish minority (one in five citizens) will be properly represented in the parliament for the first time with 80 seats.

“This is the first time that feminists in Turkey actively supported a political party,” said feminist activist Mehtap Dogan. “Up until now we have always done politics on our own, away from parliament. But this time we ran a campaign supporting the HDP because we believed in their sincerity when it comes to defending the rights of women, LGBTs and ethnic minorities.”

The HDP is the first party to introduce a quota of 50% female politicians, and all party offices and HDP-run municipalities are chaired by both a man and a woman. The party’s successful attempt to break out of ethnic identity politics and broaden its appeal well beyond the Kurdish issue owes much to leader Selahattin Demirtas’ magnetism and his message of outreach. But the mass protest movement, born in a central Istanbul park two years ago and which mushroomed into national protests that Erdogan crushed mercilessly, also fed into the HDP’s support.

“During the Gezi Park protests, many got an idea of what Kurds had to go through for years: the violence, the repression, the unjust arrests. It opened our eyes to the Kurdish suffering,” said Dogan. “At the same time, we saw how the pro-government press tried to turn our legitimate, peaceful protests into acts of terrorism.”

Just as Erdogan branded the protesters two years ago “riff-raff”, “terrorists” and “foreign agents”, in the election campaign he stoked division and malice by repeatedly smearing his HDP opponents as “terrorists, marginals, gays and atheists”. He asked religiously conservative voters not to cast their ballots for “such people who have nothing to do with Islam”. The tactic backfired as many religiously conservative Kurds shifted their votes from the AKP to a party that promised to represent everyone’s interests.

A chart on the “Hurriyet Daily News” website about the June election result revealed the following about provinces in eastern Turkey. The HDP was the largest single party in Agri (79% of the vote), Ardahan (31%), Batman (73%), Bitlis (61%), Diyarbakir (80%), Hakkari (88%), Igdir (57%), Kars (45%), Mardin (74%), Mus (71%), Siirt (66%), Sirnak (85%), Tunceli (61%) and Van (78%). Of the provinces in which I spent time not already mentioned, the AKP was the largest party with 47% of the votes in Bingol, 54% in Elazig, 49% in Erzincan, 54% in Giresun and 59% in Sivas (Divrigi is in Sivas province). I was surprised to see that the AKP was the most popular party in Gaziantep and Sanliurfa, but not surprised that it was in Malatya, given how Sunni Islam has impacted so detrimentally on the provincial capital in recent years. Our many friends in Balikesir must have been livid that the AKP was the most popular party in that province in the west, and I was shocked to see that Rize had a higher percentage voting AKP (67%) than profoundly conservative and pious Konya (65%). In only one province, Osmaniye, did the MHP emerge as the most popular party, with the result that Osmaniye is somewhere I shall avoid for a while. The AKP remained the most popular party in all three of Istanbul’s electoral districts and both of Ankara’s, but the CHP was the most popular party in Izmir’s two electoral districts.

By common consent, the AKP was seen as the most obvious loser and the HDP the most obvious winner. However, as the largest party in parliament, the AKP had the opportunity to form a coalition with one of the other parties, but it was doubtful it would wish to do so. The AKP had forty-five days following the declaration of the election result in which to form a government. If it could not form a government, or if the coalition collapsed sometime thereafter, the president could call another election. 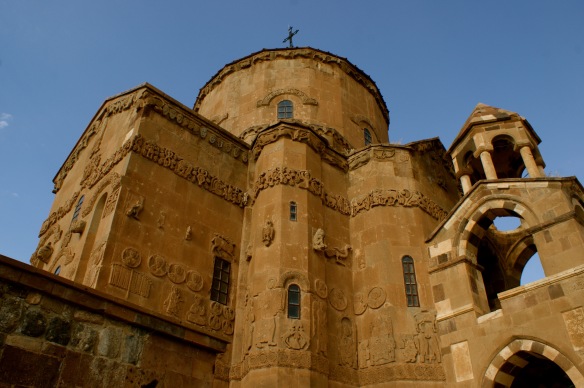 The difficulties the AKP had in forming a coalition government were as follows (although we now know that the AKP never seriously wanted to form such a government). The CHP was reluctant to enter a coalition with the AKP because the CHP remains Kemalist in outlook; in other words, its uncompromisingly secular inclinations render it almost impossible to contemplate collaboration with a religious party. The MHP would have loved to form a coalition with the AKP, but such a coalition, one embracing a Turkish nationalist party with links to shadowy extremist groups of a very violent nature, would definitely have derailed the AKP’s progress in recent years to woo the Kurds, a process which has made it very unlikely that civil war will begin again. The AKP would have found it impossible to work with the HDP because the HDP is as uncompromising in its commitment to secularism as the CHP and far more supportive of minority rights (ethnic, religious, sexual, etc.) than any mainstream party. Moreover, the HDP was now the leading representative of Kurdish interests in the Turkish Republic.

The AKP believes (and I think the AKP is correct in its belief) that most Turks are not yet prepared to see Kurds in government, given that Kurds are still viewed by a majority of Turks as second class citizens who want to create from within the Turkish Republic a nation state of their own. There is also the legacy of the civil war and the fact that most Turks believe that blame for the war lies with the Kurds alone, and not with the decades of repression, discrimination and blatant denial of human rights predicated on government policies shaped by Turkish nationalism, Turkish nationalism dating from the birth of the republic itself.

Filiz Kerestecioglu, who entered parliament for the HDP, is a lawyer and a women’s rights’ activist. Twenty-five years ago, she helped set up Turkey’s first shelter for women suffering domestic violence. The shelter soon emerged as the home of Turkey’s feminist movement. Filiz Kerestecioglu is reported to have said to the BBC that the increase in the overall number of women in parliament was “not satisfactory, but still, it is important”.